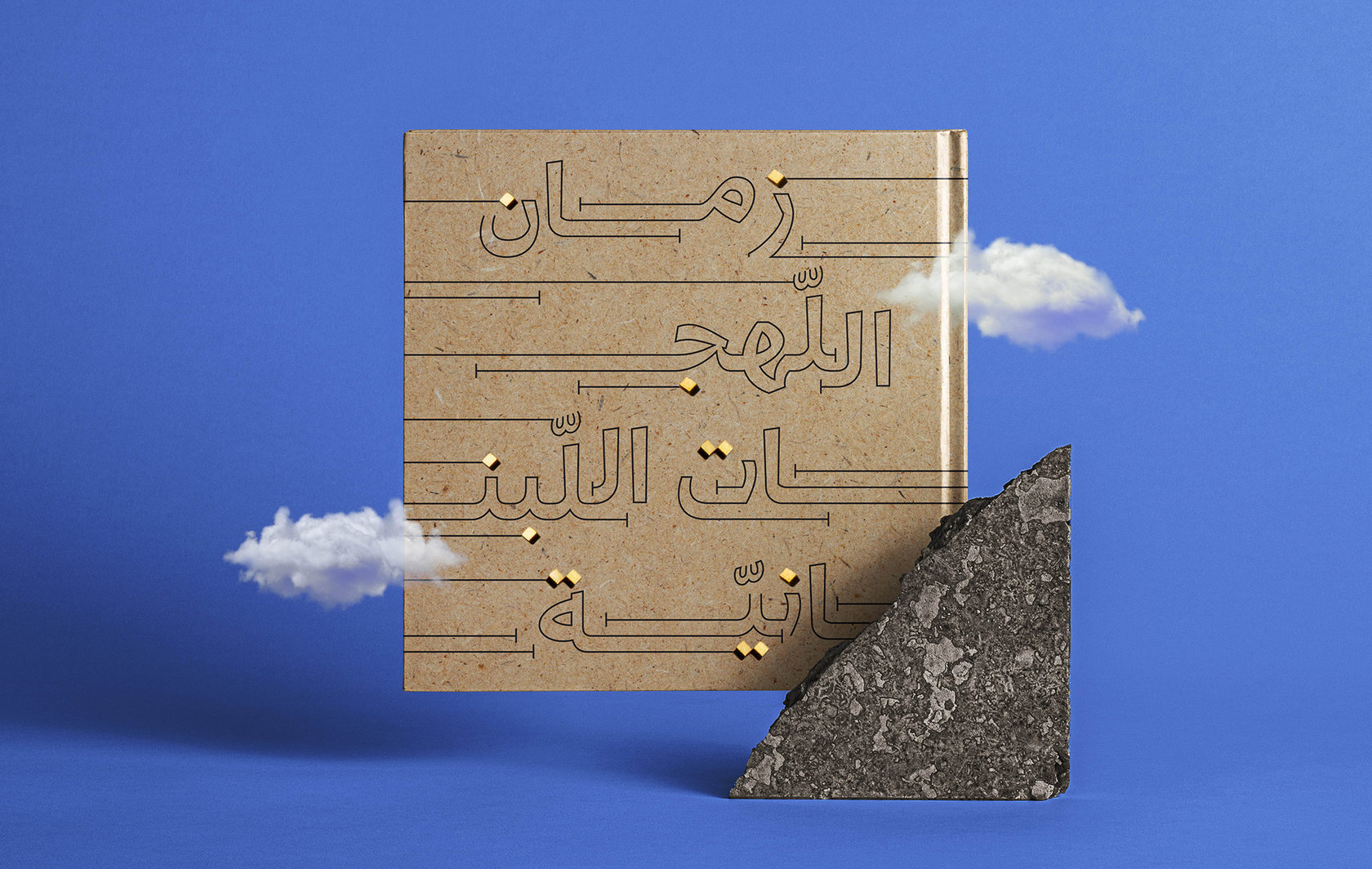 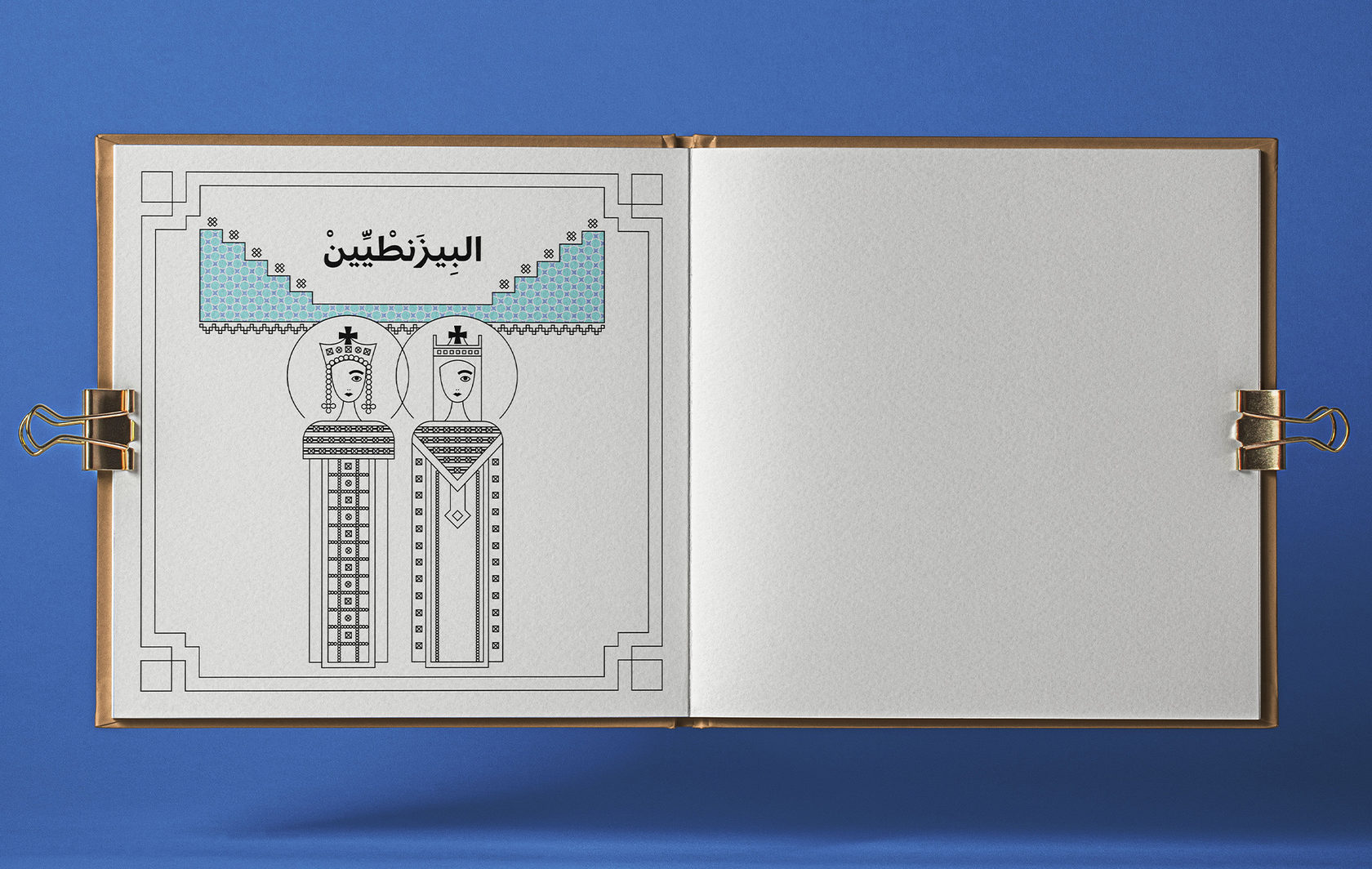 Chronicles of Lebanese Dialects is a pedagogical illustrated book with a French link stitch, written in Lebanese zajal—oral strophic poetry declaimed in the colloquial Lebanese Arabic dialect. The book, an object in itself, evolved out of a research with the historian and archeologist Dr. Issam Khalifeh, to raise more awareness about the history of Lebanon by focusing the attention on how the chronicles of civilizations throughout history influenced the spoken Lebanese dialects in different regions. The book hence narrates the story of a curious young girl "Tanit" who recollects the stories of the ethnic groups that migrated through Lebanon, reimagining the tales of an elderly wise man. 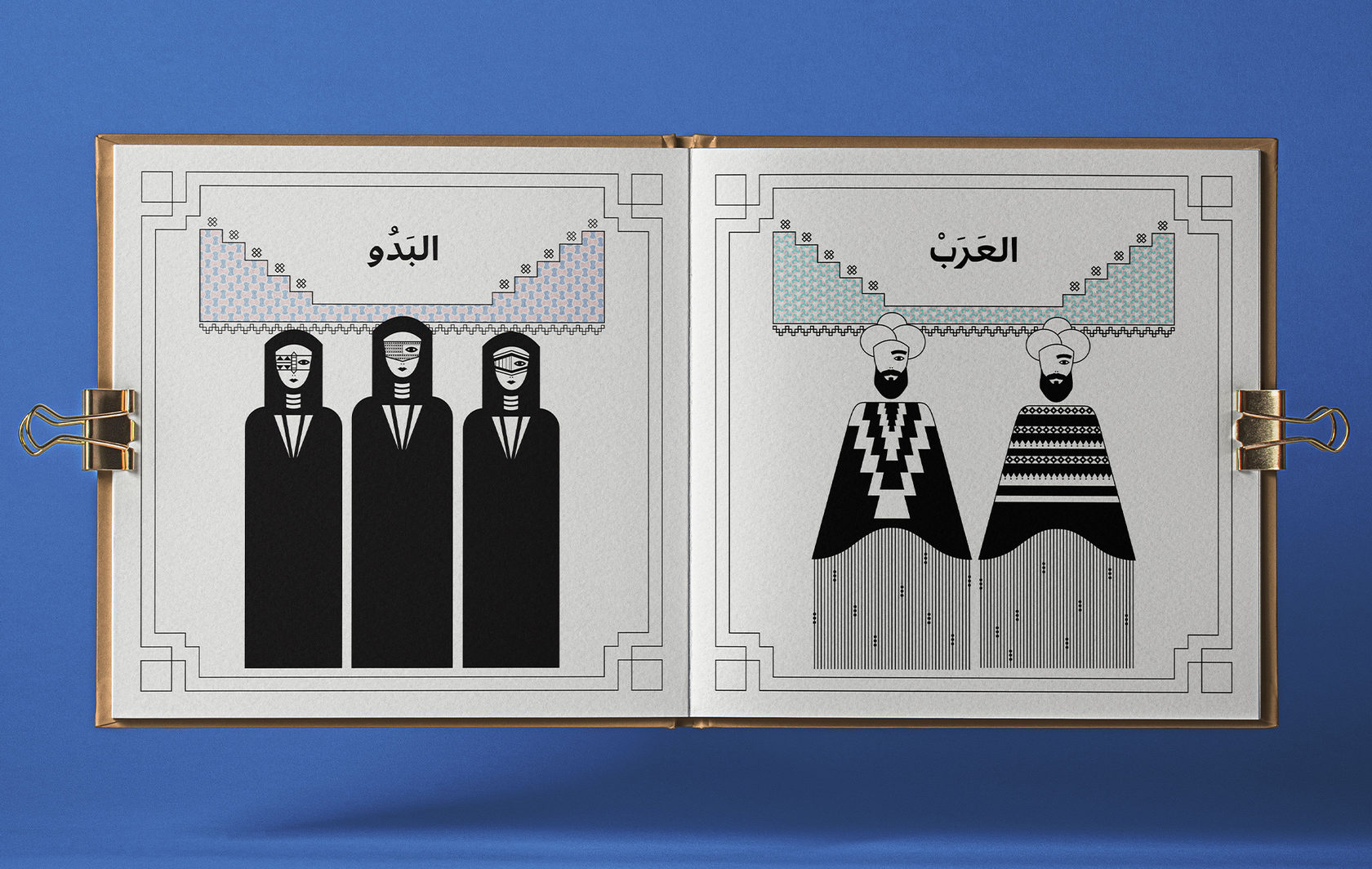 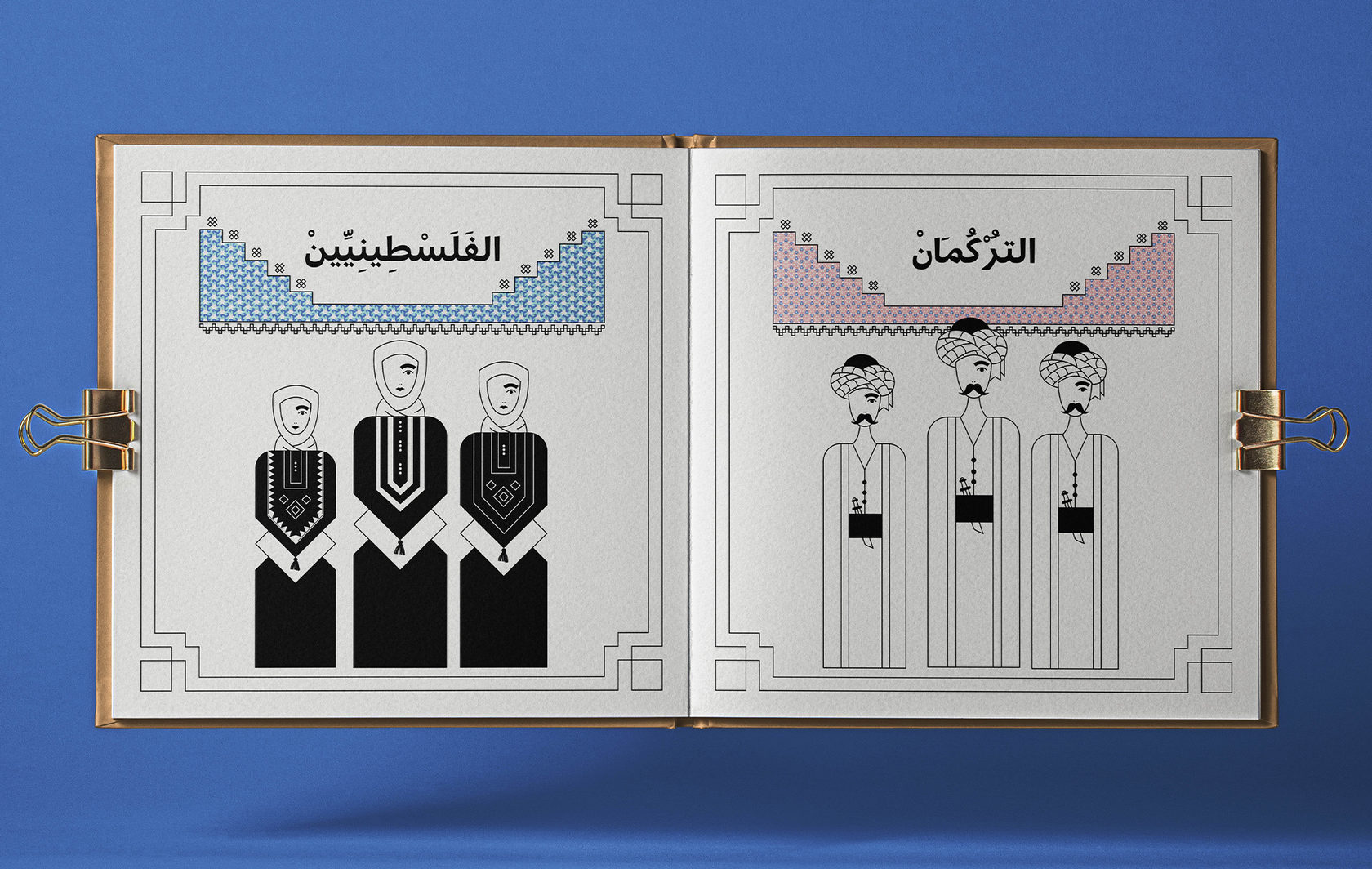 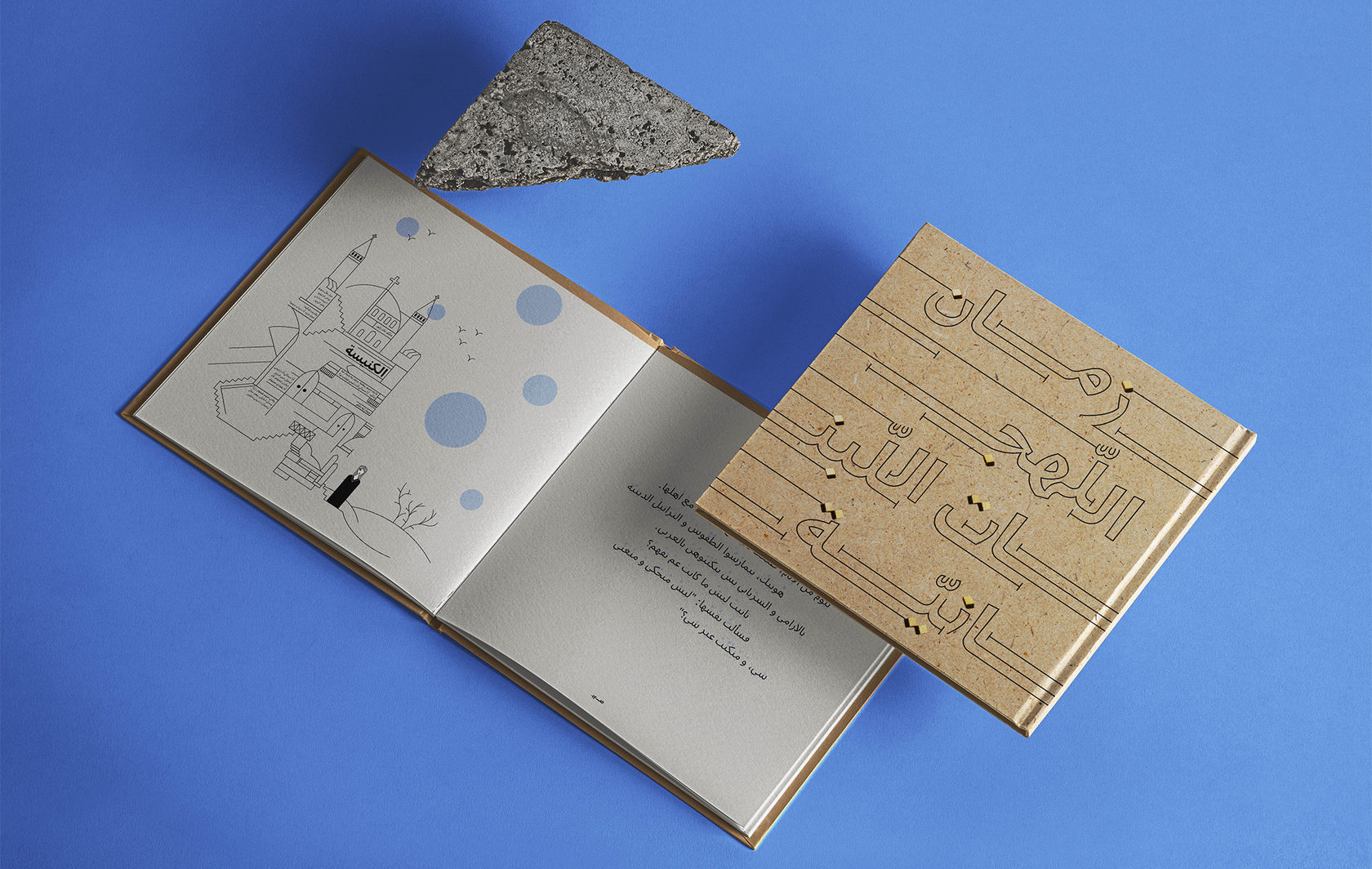 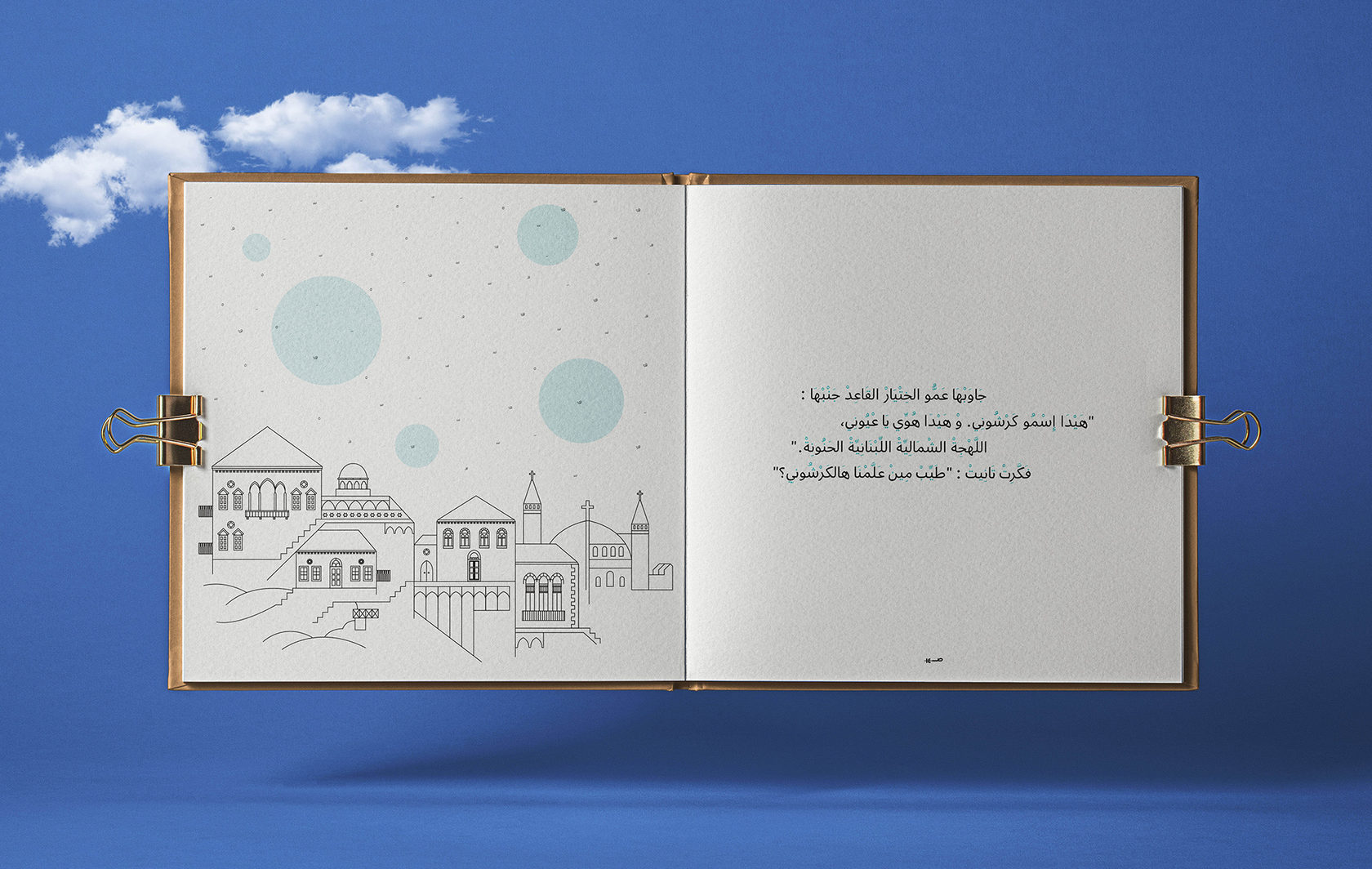 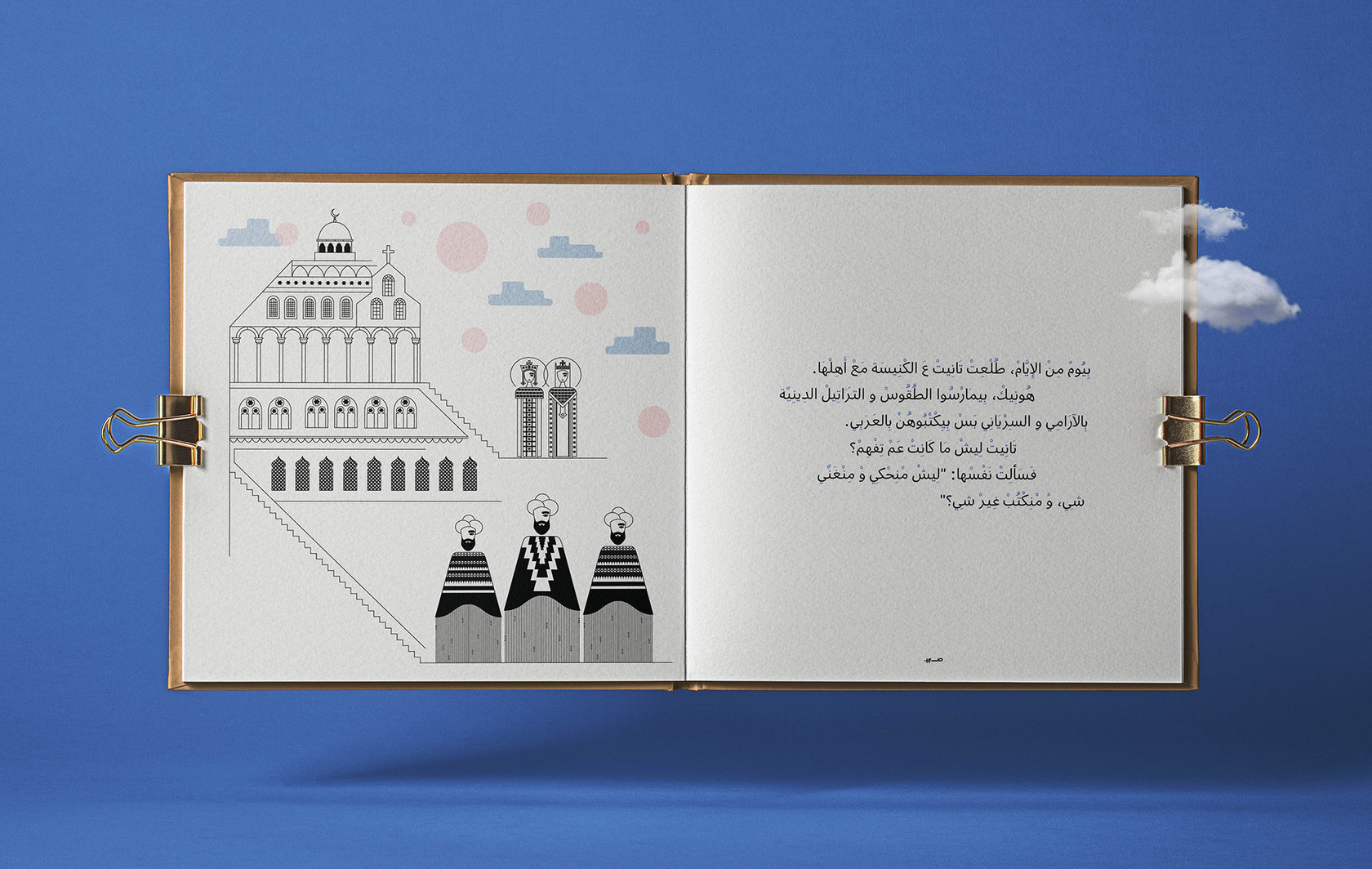 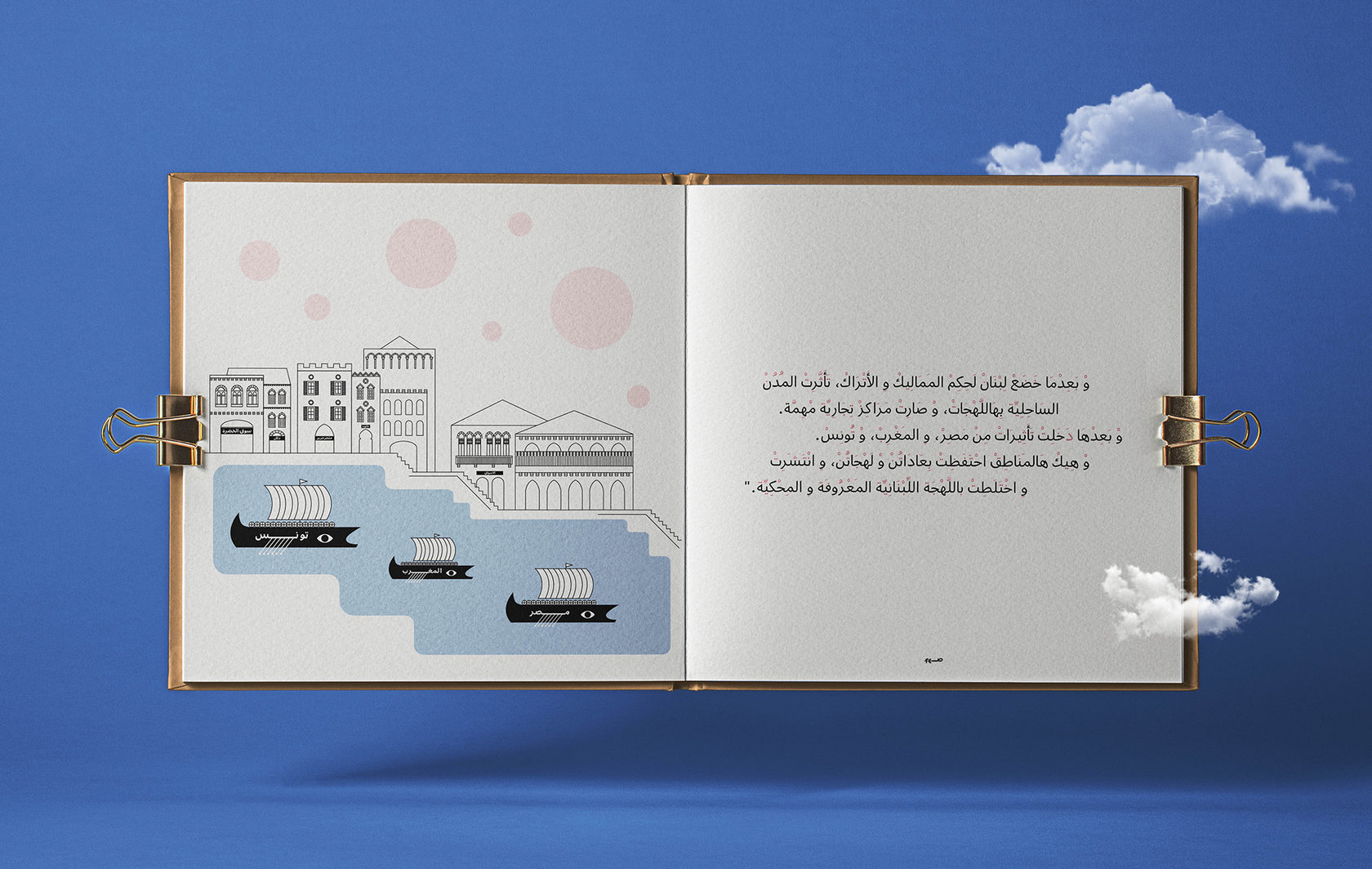 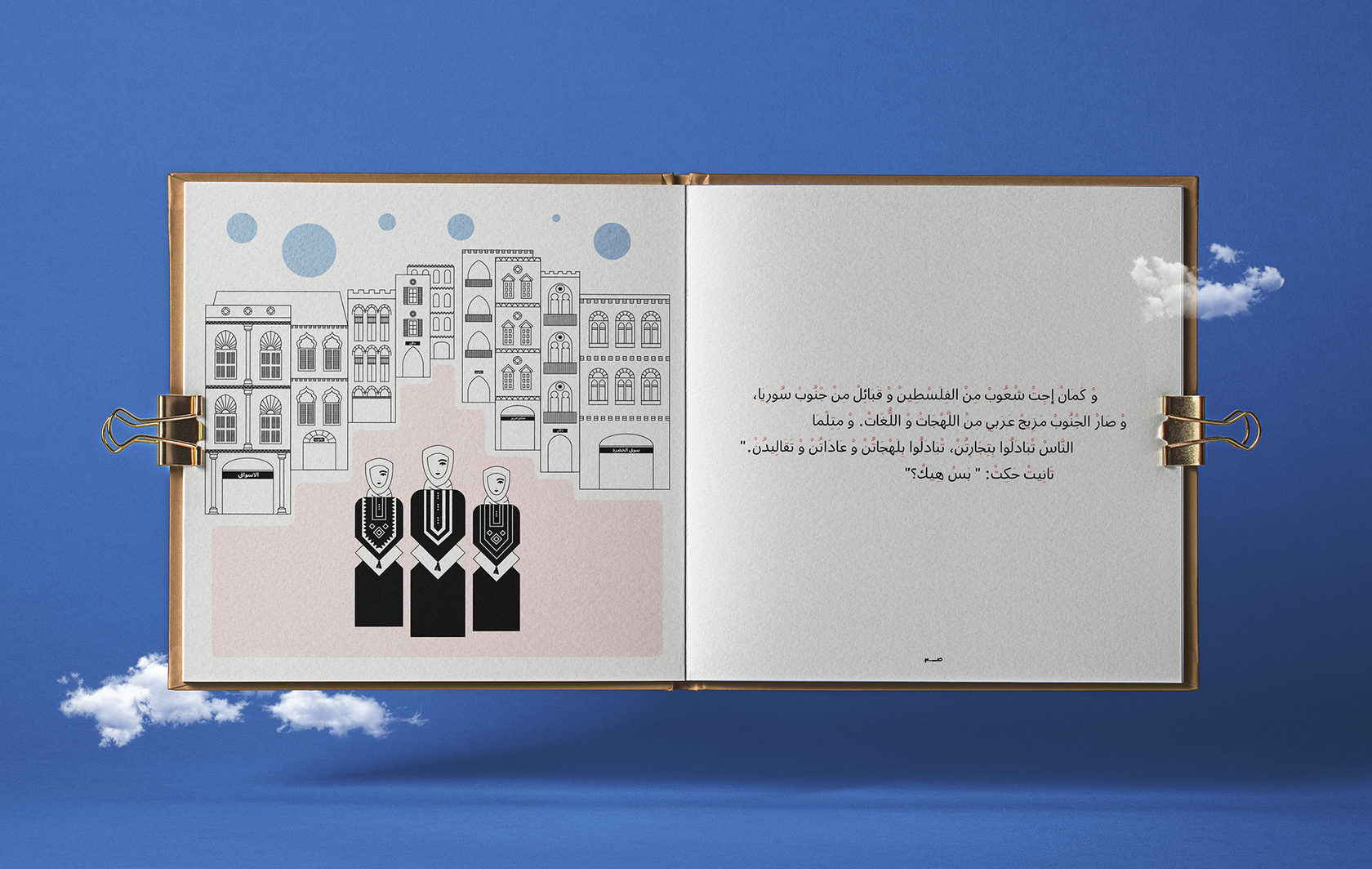 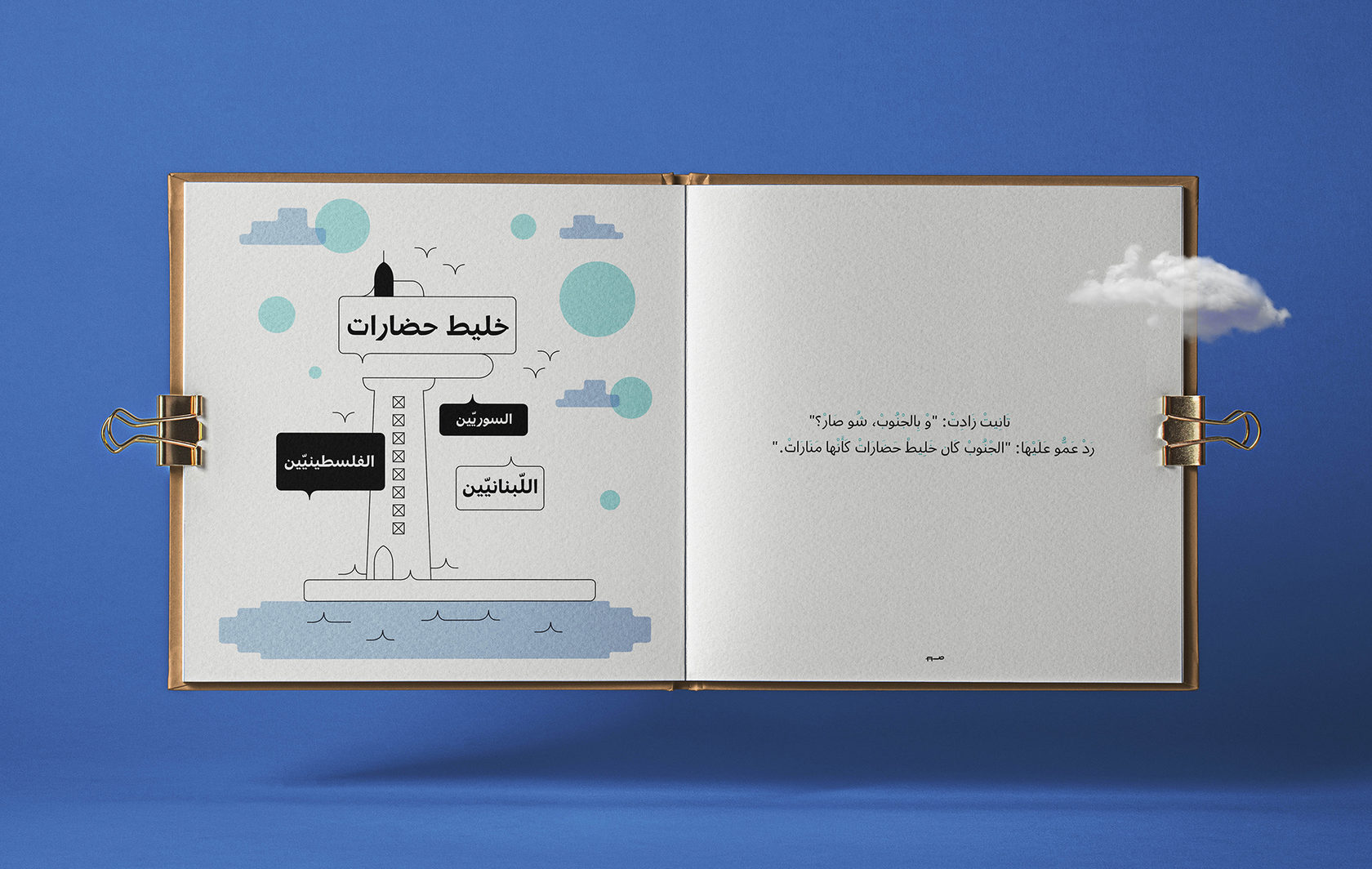 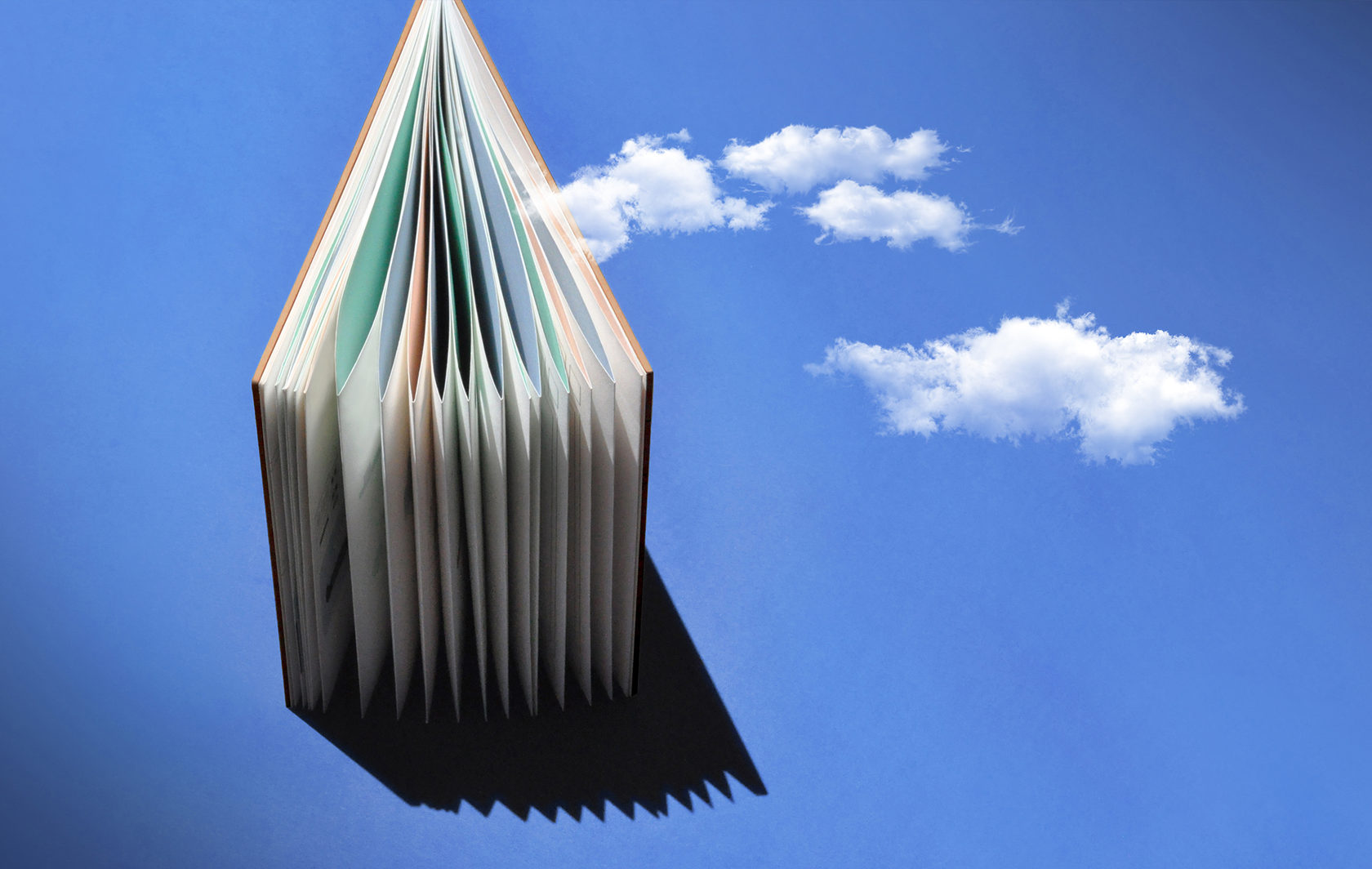 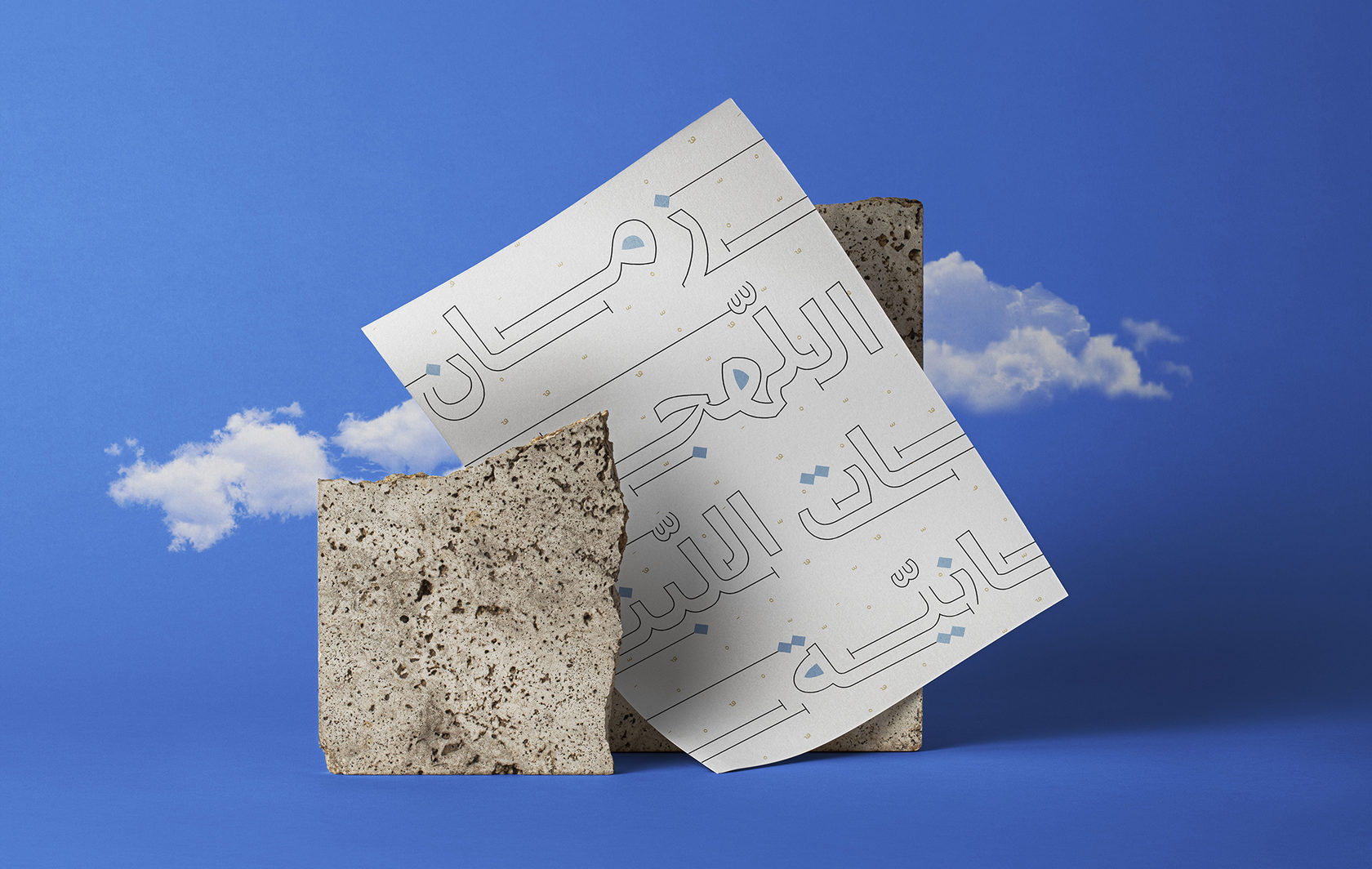